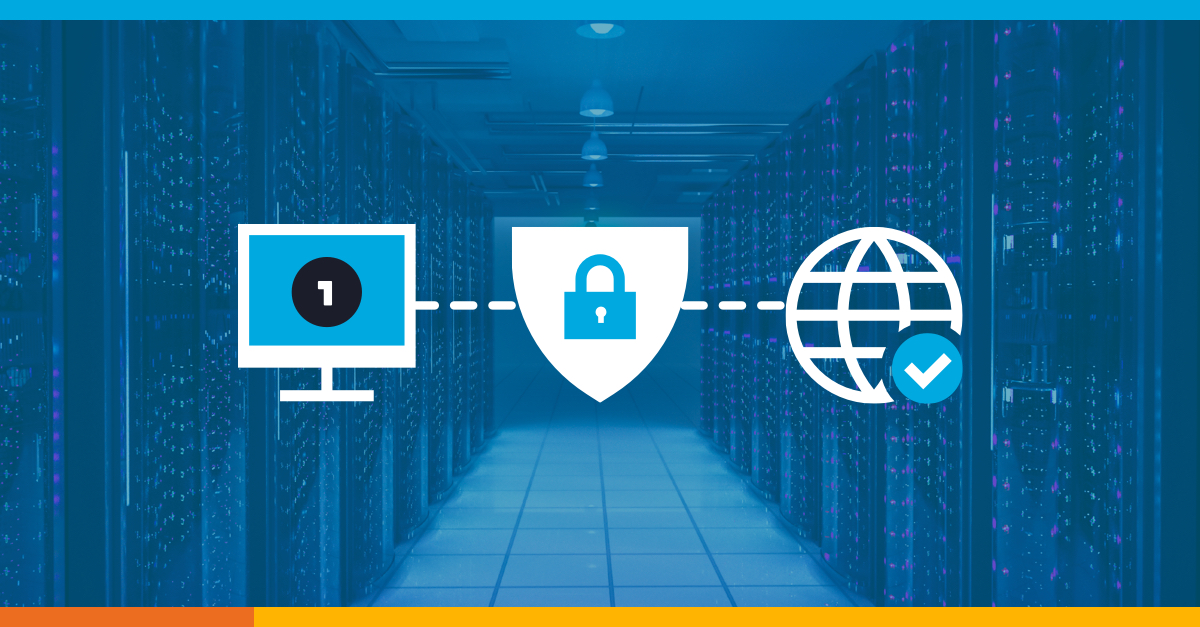 When a new customer came to us with eight offices across the country, 150 highly-skilled knowledge workers who were seldom in those offices, and high levels of dissatisfaction with VPNs and distributed file access, we knew the traditional approach to IT infrastructure had already proven to be unworkable. Using VPNs to access core business functions stuck on servers inside offices that hang off the Internet by a thread was never going to be a good way to do things, and it never will be. Modern, distributed working patterns demand a different approach to the whole delivery structure connecting people with core business systems. The traditional way to deliver these services would require maintaining sets of servers per site costing around $1500-$2000 a month totaling, over three sites, $4,500 to $6,000 a month or between $54,000 to $72,000/yr.

Over 20 years as a leading managed IT service provider has meant reinventing the services we provide many times to meet the needs and challenges of business today, not yesterday. With the seventh iteration of our flagship JustWorks Systems design, we had already created a hybrid cloud infrastructure that enabled our customers to leverage OneLogin as the link between in-office systems and cloud applications, but this was going to require something different. The central pain point for this customer was trying to keep all of their users tied into a network of servers in the offices when what they really needed was to set their people free from being tethered to the networks in offices and give them the ability to truly work anywhere at anytime.

We told the customer that it would be possible to get rid of all the VPNs and all the servers. They immediately saw the benefits but not how we could possibly deliver this solution. Today, about one year after starting, we have delivered and now every person is an independent, free-roaming worker able to bring their skills to the job in a secure, managed, and integrated environment that follows them, rather than them having to follow the company.

How did we do it? What made this possible? OneLogin and OneLogin Desktop. We migrated the customer’s central directory from Active Directory servers to OneLogin’s Unified Cloud Directory and then tied all of the computers into that directory with OneLogin Desktop. And because their applications for file storage, phones, meetings, email, collaboration, and a host of other things were all already integrated through OneLogin, we have created a secure and robust connection between person, computer, and the company’s systems. 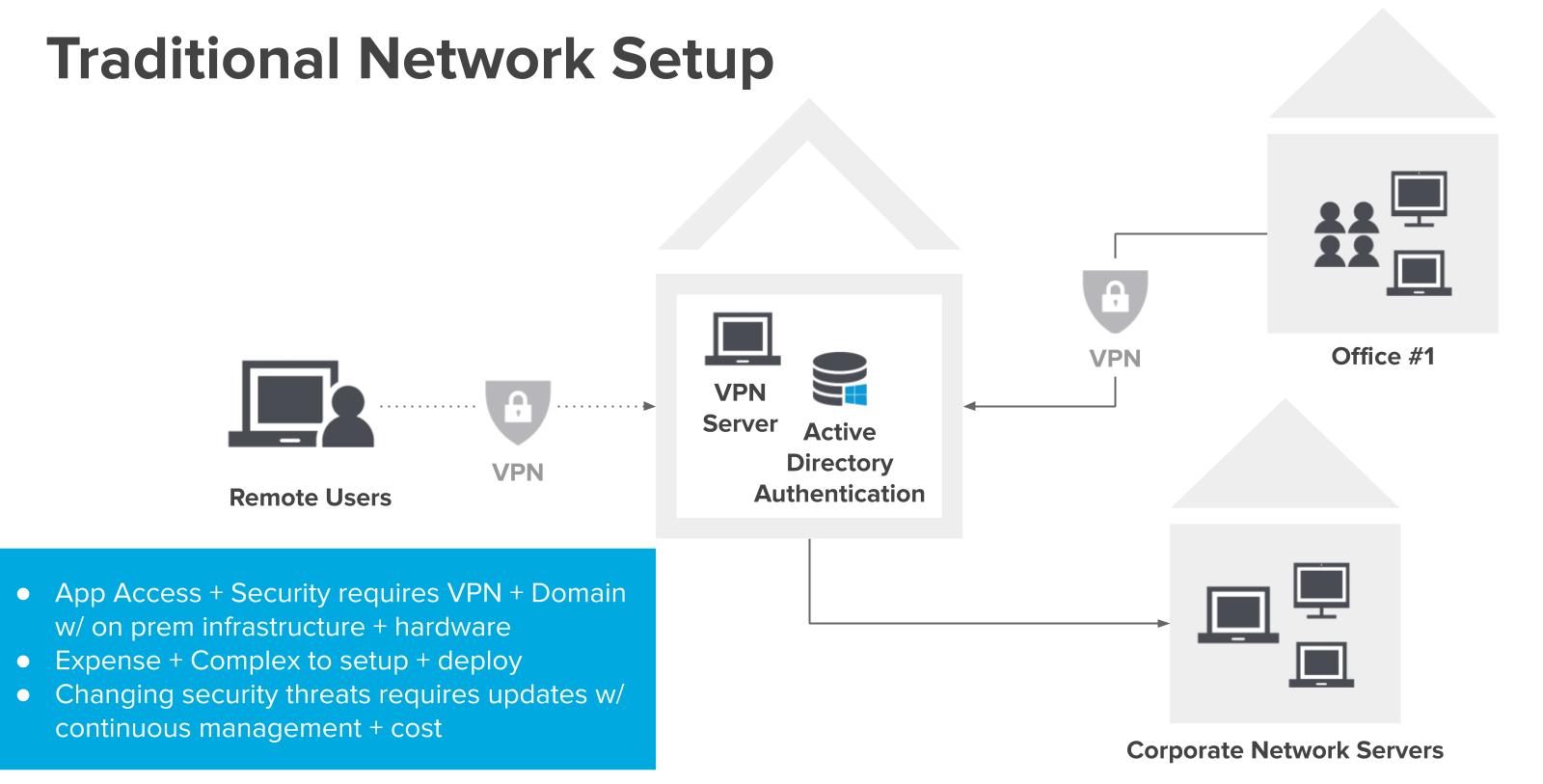 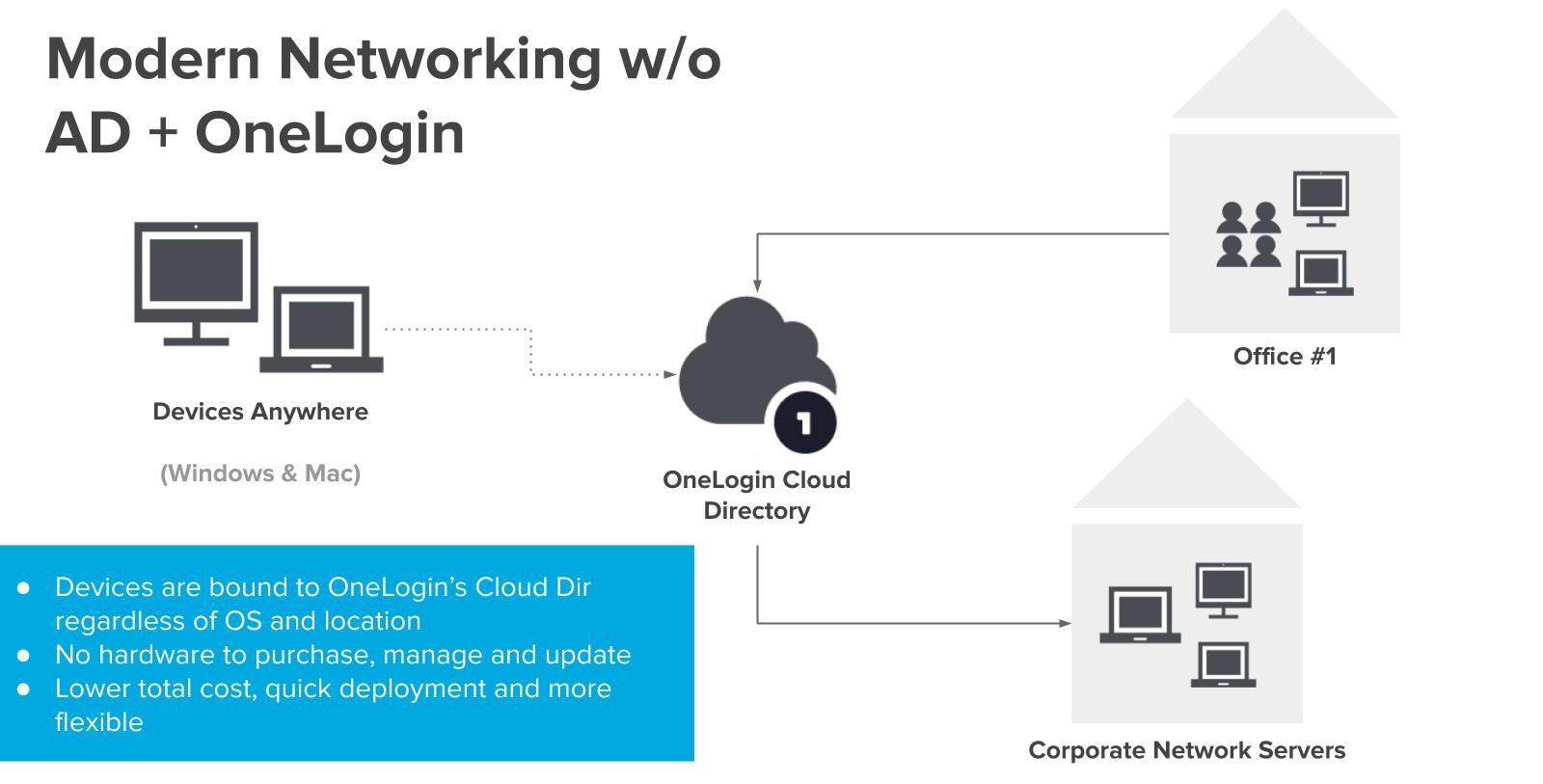 Of course, this also requires that we can provide systems management and cloud-managed security that is equally functional on a distributed fleet of roaming laptops as it is on a group of desktops wired to an office network. That bit was the easy part for us, as we had already developed exactly those capabilities as part of our JustWorks 7 system design.

So today their offices are places to gather, collaborate and work together, not because they have to but just whenever they need or want to. Each office has a fast Internet link, a firewall and some WiFi access points, but if the office was to lose power every person could just go somewhere else with Internet access and be just as productive. There are no servers to protect, backup, or update.

There are no VPNs. Given a typical SMB site of 50 users this is a savings of at least of $10,000 a year. And, most importantly, satisfaction with IT services at the company has improved to the point where the company came out on top in that aspect in a recent independent survey of “best places to work” for their area. 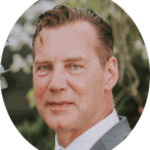 Andrew Percy is CEO of JustWorks Computer Services which he founded in 1996. Andrew, and therefore JustWorks, has been blazing the trial for managed IT services since the beginning when JustWorks built it’s own private IPX-based WAN to connect customers all the way to today’s cloud-integrated systems. Always in relationships with his customers through their fixed fee structures, Andrew has steered JustWorks through the decades and has grown the business 100% since partnering with OneLogin. Based in the South San Francisco Bay but servicing customers from coast to coast, JustWorks continues to lead the MSP model on a never ending quest to Make IT as Simple, and as business orientated, as possible.

Our new LDAP or RADIUS interfaces allow LDAP and RADIUS clients to authenticate users against OneLogin with minimal configuration.

OneLogin Desktop for me, please.

A simpler way to access all your applications within the office with greater security with OneLogin Desktop.

You may withdraw your consent at any time. Please visit our Privacy Statement for additional information

You will hear from us soon!